DYLAN HOWARD, Chief Content Officer of American Media Inc., one of the largest commercial media conglomerates in the United States and the publisher of The National Enquirer, is scheduled to be a Featured Main Stage Speaker at the Living Legends of Entrepreneurial Marketing conference at Carnegie Hall on September 26-27-28, 2019. 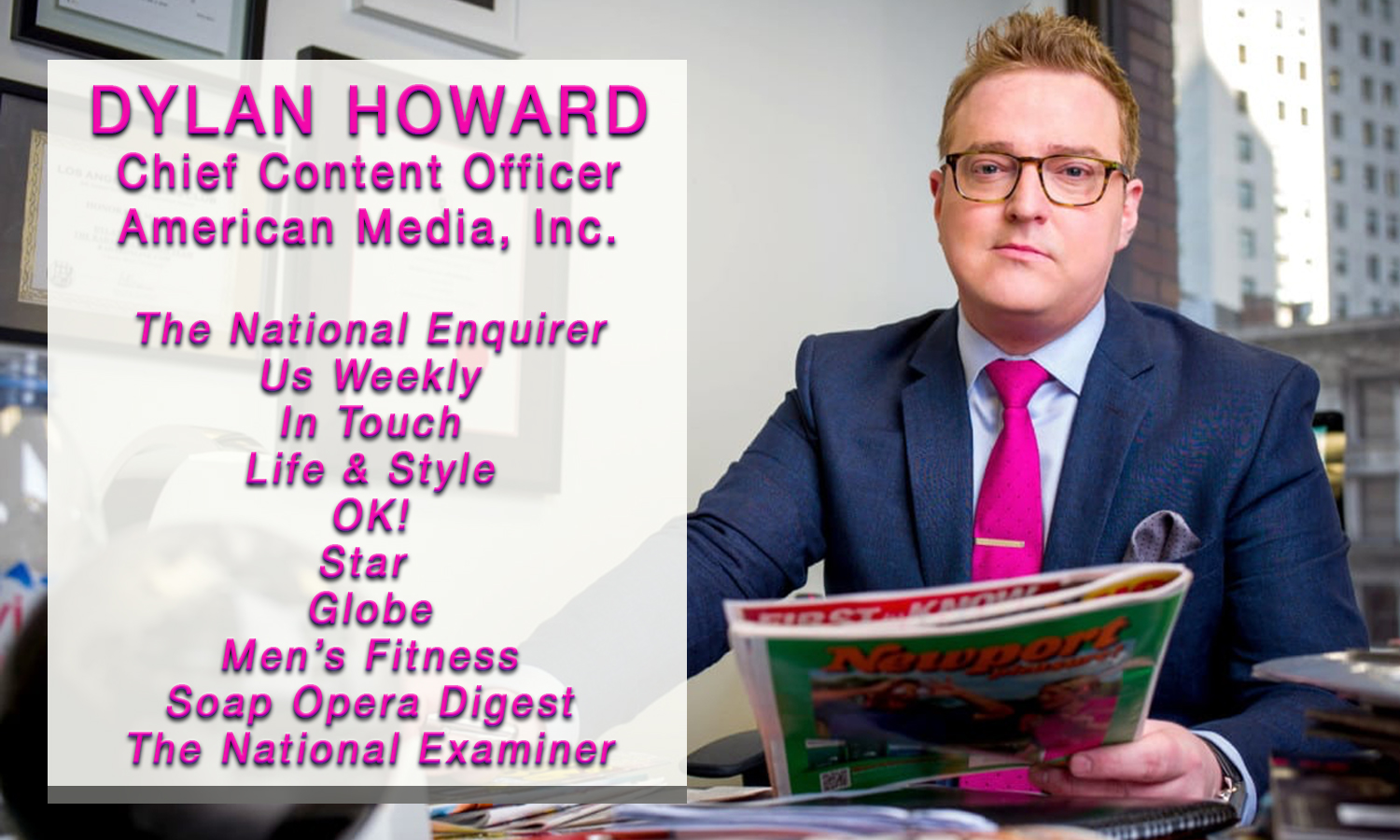 The conference will feature an all-star cast of celebrities & business legends – including Dylan Howard, alongside Martha Stewart; Ice-T & Coco; Dan Kennedy; Walter O’Brien (“The Smartest Man in the World,” Scorpion); Michael E. Gerber; Jerry Greenfield, co-founder of Ben & Jerry’s; and Hal Elrod, bestselling author of "The Miracle Morning" books – who will share their “Last Lectures” on “how to thrive as an Entrepreneur”, and lessons & “Blow-Your-Mind Business Wisdom” from their careers with a collective mission of helping the Entrepreneurs in attendance to transform their lives and live with more Impact on themselves and the world - just like the many legendary performers & speakers who made history at Carnegie Hall before them.

Clint Arthur, the impresario creating Living Legends at Carnegie Hall, says: “It's an honor and privilege to have America's foremost creator of 'Commercial Clickbait Content' today share his wisdom at Carnegie Hall – and especially to have him share his insights on 'How to Survive a Scandal and Thrive as an Entrepreneur.'”

For more information about the event, registration & tickets, visit www.LivingLegends2019.com.

Howard is considered one of the world’s foremost investigative journalists on celebrity, pop culture and true crime. He’s been labelled "the King of Hollywood scoops” by AdWeek.

In 2011, Howard was named Entertainment Journalist of the Year, where the judges labeled him the "go-to guy for authoritative showbiz news and analysis on cable and over-the air television."