"The Miracle Morning" author has been invited to share motivational business wisdom at Carnegie Hall's "Clint Arthur Presents: Living Legends of Entrepreneurial Marketing," the first event of its kind in the venue's 128-year history

HAL ELROD, #1 bestselling author of “The Miracle Morning” and author of the new book “The Miracle Equation,” is scheduled to be a Featured Main Stage Speaker at the Living Legends of Entrepreneurial Marketing conference at Carnegie Hall on September 26-27-28, 2019. 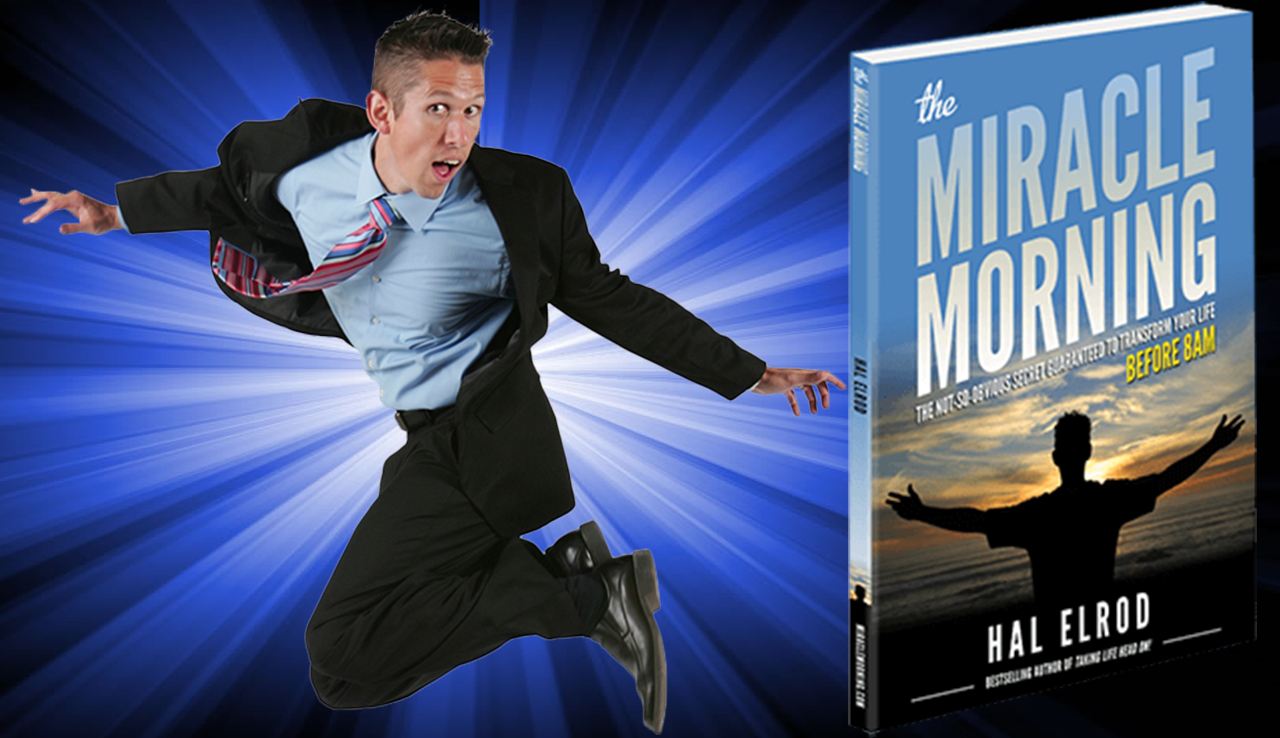 Living Legends at Carnegie Hall will feature an all-star cast of celebrities & business legends – including Hal Elrod, alongside Martha Stewart; Ice-T & Coco; Dan Kennedy; Walter O’Brien (“The Smartest Man in the World,” Scorpion); Michael E. Gerber; Jerry Greenfield, co-founder of Ben & Jerry’s; and Dylan Howard, Chief Content Officer at American Media Inc. – who will share their “Last Lectures” on “how to thrive as an Entrepreneur”, and lessons & “Blow-Your-Mind Business Wisdom” from their careers with a collective mission of helping the Entrepreneurs in attendance to transform their lives and live with more Impact on themselves and the world - just like the many legendary performers & speakers who made history at Carnegie Hall before them.

With a mission of Elevating the Consciousness of Humanity, One Morning at a Time, Hal Elrod’s “Last Lecture” will be on how Entrepreneurs can create miracles every single day.

For more information about the event, registration & tickets, visit www.LivingLegends2019.com.

HAL ELROD is the author of the self-publishing phenomenon The Miracle Morning, and the impresario behind the Chicken Soup For The Soul-like series of Miracle Morning for… books.

Hal is on a mission to Elevate the Consciousness of Humanity, One Morning at a Time. As the author of one of the highest rated books on Amazon, "The Miracle Morning" (which has been translated into 27 languages, has over 2,200 five-star reviews and is practiced daily by over 500,000 people in more than 70 countries)... he is doing exactly that.

What's incredible is that Hal literally died at age 20. His car was hit head-on by a drunk driver at 70 miles per hour, his heart stopped beating for 6 minutes, he broke 11 bones and woke up after being in a coma for 6 days to be told by his doctors that he would probably never walk again.

Not only did Hal walk, he ran a 52-mile ultra-marathon and went on to become a hall of fame business achiever, international keynote speaker, author, and grateful husband & father – all before he turned 30.

Then, in November of 2016, Hal nearly died again - his kidneys, lungs, and heart were failing, and he was diagnosed with a rare, very aggressive form of cancer, and given a 30% chance of living.

After enduring the most difficult year of his life, Hal is now cancer-free and furthering his mission as the founder of The Miracle Morning book series, host of the "Achieve Your Goals" podcast, creator of the Best Year Ever [Blueprint] LIVE event, and Executive Producer of The Miracle Morning MOVIE - a documentary that reveals the morning rituals of some of the world's most successful people.

Hal is grateful to be alive and living his mission alongside his wife and their two young children in Austin, TX.