AGENCY INTELLIGENCE is a digital marketing agency headquartered in Houston, Texas, with offices in Toronto, Canada and New York.

Our commitment to you: establish and grow a strong online presence — and turn it from liability into asset — with a unique formula, The ABC’s of Digital Marketing: Advertising, Branding & Reputation Management, and Content/Content Marketing.

With experience going back to 2010, and thanks to $1000's in real-world testing, we reverse-engineer what Disney, Microsoft, Hulu and WarnerMedia do to generate big digital buzz for their properties, both by PPC and organically.

You have it deployed for you in marketing strategy that:

In short, big-biz strategy for a small-biz investment. Wanna build a base of raving fans? At last, you can save time and money doing it.

Whether you’re successful and want to go to the next level, or you're struggling to make your website profit, Agency intelligence has something for you. 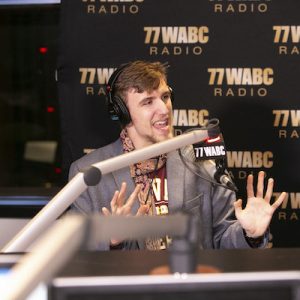 ALEXANDER VELITCHKO (ALEXANDER VEE) is an award-winning speaker, #1 bestselling author, computer user since the age of 2, and self-proclaimed "marketer by day...baker by night!"

Alexander got his start in digital marketing when, at 11 years of age, he started a YouTube channel devoted to his love of music on vinyl records -- a hobby his parents got him hooked on. He'd point his camera at the turntable; write up detailed titles, descriptions & tags; teach himself to attract followers; and within 2 months, he scaled his channel to 5,625+ total video views.

All without a dime in paid advertising.

His YouTube success has even gotten him in contact with people in the music industry who've rubbed shoulders with Rick James, Eddie Murphy, Jay-Z, and other legendary names.

Alexander has not actively maintained the channel in 6 years due to a turn of life-changing events. And yet, thanks to that strong initial effort he put into distributing content, the channel has continued to get hundreds of views daily -- which it still does.

What he didn't know was that he wrote all those titles, descriptions and tags in a way that he was teaching himself search engine optimization! He's taken the skills he learned from his YouTube experience, as well as 21+ years of computer education, and now uses it to make a difference: using organic (and paid) marketing to position Entrepreneurs as leading authorities online.

After graduating from high school, with the encouragement of his dad, he has used his skills to start 3 businesses: one in 2017 and two in 2020. So if you're asking yourself "is this the right time?" -- then the answer is YES, the right time is NOW!

He's shared his message at CNN Center on the same stage as Dr. Oz, Dr. Drew Pinsky of Loveline, U.S. Surgeon General Joycelyn Elders, FOX News medical advisor Dr. Marc Siegel, and 4X heavyweight champion Evander Holyfield; at Carnegie Hall on the same stage as Martha Stewart, Ice-T & Coco, and Jerry of Ben & Jerry's; on 77 WABC Radio in New York City; at the Harvard Club of Boston with Suzanne Somers and Caitlyn Jenner; at great corporations including AT&T, Coca-Cola and Mercedes-Benz; at NASDAQ; and at the West Point Military Academy.