What I Learned from Jimmy Carter About the Importance of Giving 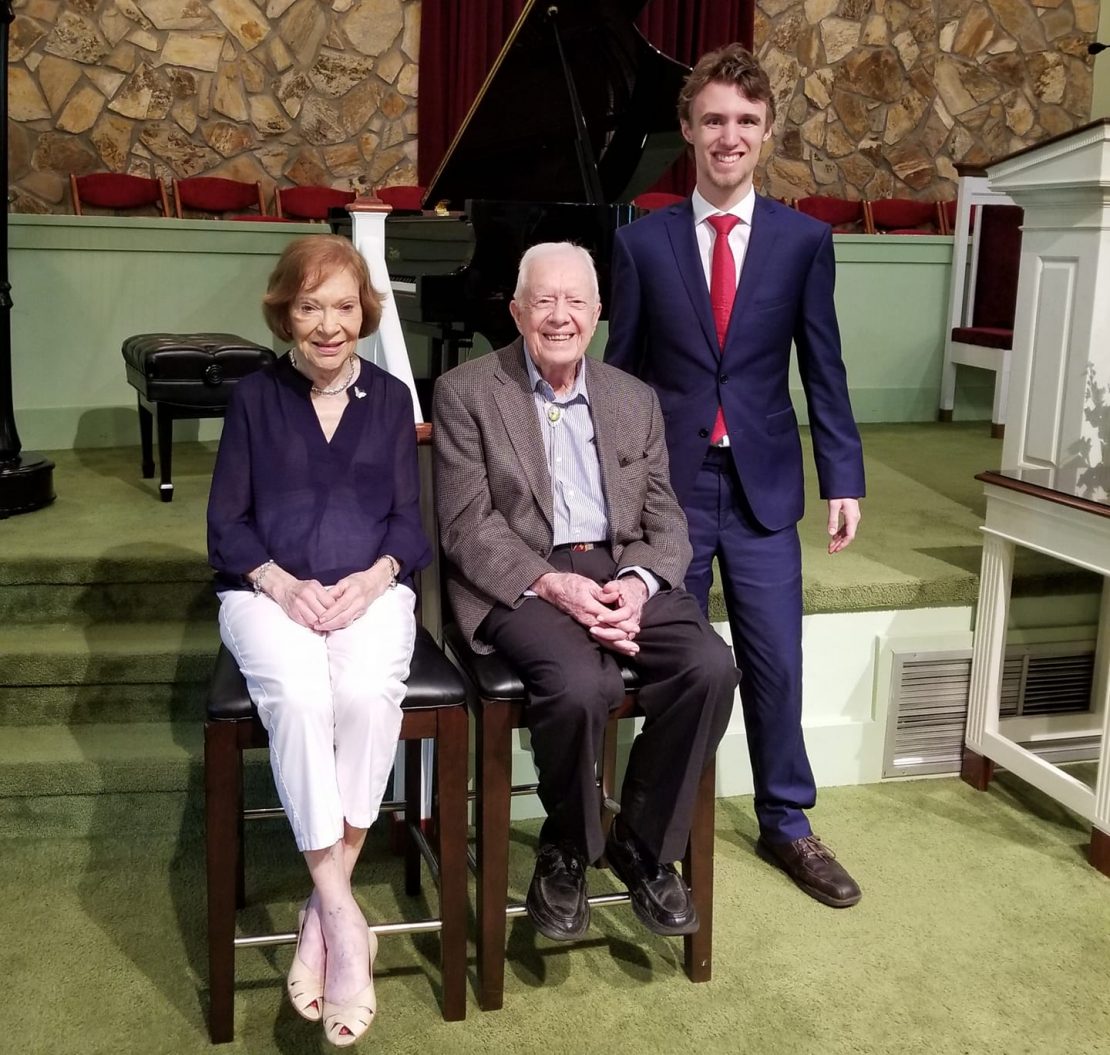 A bit over a year ago, I had the great privilege of meeting Jimmy Carter, 39th President of the United States, and his wife First Lady Rosalynn Carter (who just turned 93 a few weeks ago).

Amazing power couple of 74 years, a shining example of the meaning of true love and success!

Regardless of what you think of his politics, Jimmy Carter inspires me as an example of charitable giving and what it means to society.

He is one of the biggest figures in the charity Habitat for Humanity — creating hope and certainty for the impoverished by building them places they can call home.

His mindset and determination are such that — even at age 95 (the longest-living President of all time), even a day after he fell and was taken to the hospital — he has continued to build houses for the people that Habitat for Humanity serves.

And he does this work for free.

Jimmy Carter’s neverending efforts to Give have resonated so much with me that, along with inspiration from the charity of more celebrities and entrepreneurs (including Jerry of Ben and Jerry’s ice cream), have helped me to really understand the importance of Giving inside and out of business.

Be it donating to a charitable cause…

…Or even inside the paid work that I do.

Yes — when you give, at some point in time, whether now or later, you receive MORE.

One of my marketing clients had a security problem with his website.

While at first we were discussing who would be responsible for cleaning up the security issue, as something like that is normally outside the scope of our campaign…

Ultimately, we decided that I could use my working time effectively and efficiently to…

…take it to myself to provide the solution.

His hosting provider, which used to be a lot better at customer service (I know — because that same host helped me in the past)…

He thought it was ridiculous.

And that’s why I took it to myself to solve the problem.

Just as a courtesy.

I took a couple hours or more of my time to fix the security problem, and implement preventative measures.

(By the way, it was a widespread vulnerability in the WP File Manager plugin, affecting over 700,000 sites.)

The client felt valued and appreciated, and he in turn appreciated my work.

He felt so valued and appreciated that, a day later…

…without even saying a thing about it…

…he sent me extra money.

Just out of appreciation for that one job.

One job that saved him many more hours of headaches.

I didn’t even ask for that money!

Now, that doesn’t mean that you should NOT ask for money when you are delivering a product or service of value.

After all, asking for money is a must when delivering paid services for your expertise. Otherwise, how would you have the finances to make it happen?

But this was a special case.

In business, above and beyond what you promise and guarantee, you must always give the client extra tokens of appreciation that saves them a sudden pain they face in their business. In my case, it’s the clients’ technical challenges.

My client had a problem outside the scope of what he’s paying me for.

By adding value and solving it, I gave.

And it was a win-win.

Jimmy Carter’s neverending philosophy of Giving has reflected well on those I serve, and my own businesses.

As an entrepreneur or small business owner, it should reflect well on you too — because making people feel appreciated, and giving something to make their lives better, is key to not just surviving, but thriving, in today’s economy.

Of course, you can’t afford to give away everything — and yet when they need something, and you have the skills to serve that need, that is what makes the difference.

Donations and courtesies, whether free work or giving money…

… have the byproduct of moving money around the populace at more velocity.

This velocity helps everyone to take at least one step towards recovering financially.

Because in this Damn-demic, EVERYTHING needs money to work.

The ability to enjoy our lives.

Having a place to call home.

The well-being of the people.

Heck, the health of America, treating people for COVID, and helping them to not only survive but also thrive.

All need money to work.

And Giving is a value add that makes it easier for that money to go where it deserves to go.

And that’s what I learned about Giving, from the kindness and generosity of Jimmy Carter!

The young award-winning speaker & bestselling author has shared his message on the same stage as Martha Stewart and Ice-T & Coco at Carnegie Hall; on the same stage as Suzanne Somers & Caitlyn Jenner at the Harvard Club of Boston (where he made his public speaking debut at 19 years of age); at Nasdaq, Coca-Cola and Mercedes; and even at West Point, where his message to the leaders of America's future was: "If you're a 'best-kept secret', it's about as good as being bankrupt."

Alexander has been featured & quoted in ABC, NBC, CBS, FOX, Telemundo, The CW, plus other news publications all over North America - something he also helps his friends & clients to achieve!